Climb the ranking of Modigliani Livorno

Modigliani Livorno is a challenge: discovered places and found objects generate points. Check your progress and your position in the world ranking of users like you who are exploring the city and become the best Modì Explorer!

As we explained in the previous article (click here if you missed it!) the app is a game and tests you in searching for secret places in Livorno, solving clues and finding hidden objects.

All this generates points that will allow you to climb the leaderboard with all the users who like you are exploring the city and trying to be the best Modi Explorer.

In scoring, it affects how many places and objects you have found, but even when it took you to do so: if someone was faster than you to solve the clue and find the hidden object, it will have scored more points than you!

In the Progress section, you’ll be able to control at what point of your exploration you are, how many places you still have to discover. You’ll also be able to see your score and ranking, discovering the score of your challengers.

Are you ready to be the number one?!?!

Discover the website of the app https://livorno.modigliani.app
The app is free, have fun!
Android – iOS

A tribute to Modigliani, an opportunity to know better a great artist, but also a game: Modigliani Livorno is all this!
Here are a guide to play with the app!

Here are the instructions to play your best!The real heart of the app is the Map, which is accessed by tapping the Map button, between History and Progress, which you see in the bar at the bottom of the screen.
You’ll be asked to choose your nickname, which is the name you want to be identified with in the game. You can choose the one that is listed by default or change it later from the Progress section.

From the map begins your exploration of Livorno, the search for those places that can tell you a piece of the life of Amedeo Modigliani.

Here’s a guide to learning how to play your best with our app!

There are 5 places marked with a symbol on the map. You’ll have to physically reach them, exploring the city, to find out what they have to tell you about Modigliani and how they can help you discover other places related to the artist.

The main places unlock other secret places nearby. To complete the exploration of one area, that is to discover all the points united by the same color, find the secret places!

Once you’ve found all the places in the area you were exploring, the game gets tough: the clues come! If you can solve them, you’ll be able to find hidden objects!

Get help from the drawer!

To guide you through the exploration, use the drawer, that you can access by dragging up the gray bar at the bottom the map. It’s a valuable tool that helps you understand where you stand!
Here’s what you can find in the drawer

Well, are you ready to play for real?
Download the app now to test yourself!

Discover the website of the app https://livorno.modigliani.app
The app is free, have fun!
Android – iOS

School Bus App | The App that changes the school transport

The goal of School bus App is to ensure the safety of your children. The application offers the possibility to monitoring the child during the travel from home to school. In addition, the long waits at the stop will no longer be a problem: our app can show you the delay of the school buses and also send you a promptly notify for abnormal events, such as the ascent or descent to a wrong stop. All comfortably on your smartphone.

The experience of traveling as a group allows children also to rediscover the value of sociality. In addition, the cities involved will be able to add a new tool for the sustainable mobility, while the parents will have an instrument to follow their children during the travel from and to school.

The School Bus app is easy and intuitive to use. Stay up to date on schedules, delays, and check the school bus path in real time.

Few days ago Apple announced on his developer portal the result between a collaboration with SAP, an SDK for iOS to connect with SAP systems.

For the first time SAP users can have cutting edge apps to access their data and interact with SAP systems, merging together the computational power of SAP backend with state of the art Apple’s devices like iPhones, iPads and Apple Watches.

Only in Italy there are more than 4000 small business using SAP solutions last year , and all of them could now benefit from having powerful and easy to use Apps to access their data in any situation.

Here at Oimmei we’re already working to study the new SDK in order to offer our clients new native solutions they can use to access their SAP systems. 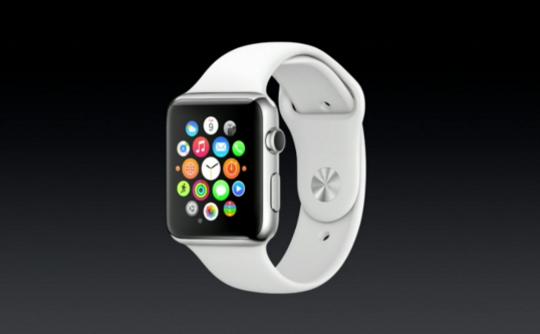